Pakistan vs New Zealand, 2nd Test Live Streaming: When and Where to Watch Live Coverage on Live TV Online - News18 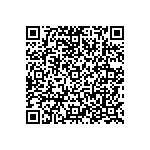