Ecolution kWh and Craig Bouchard seek to use their technology to restore power sustainability to those living in and around Fukushima. 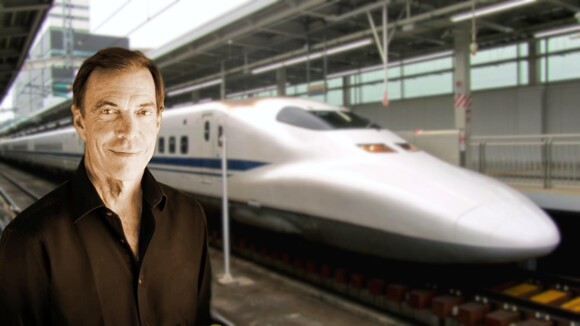 Nearly a decade after the Fukushima Daiichi nuclear accident, the area is still struggling to get back to normal. Residents that have returned to the area after the removal of evacuation orders are still without power, while global environmentalists work to come up with a viable solution. However, one company feels they might have the answer. Ecolution kWh is working on a method that is not only mobile but also helps reduce the number of emissions from diesel engines used in logistics applications. According to Ecolution kWh’s Founder and Chairman, Craig Bouchard, it is simple: overcoming roadblocks to clean energy implementation. By coming up with a plan that works with both the Fukushima area and for communities in disaster as a whole, the company aims to solve one major crisis while testing viability for future events.

What Happened in Fukushima?

In order to understand why Fukushima is considered an epicenter of this type of need, you need to first look at what caused the disaster in the first place. In March 2011, a record 9.0 earthquake spurred a large tsunami to hit the Fukushima Daiichi Nuclear Power Plant, located about 150 miles north of Tokyo. Over 200,000 residents were evacuated as nuclear radiation spewed from the power plant into the surrounding community. In the end, over fifteen thousand people died from the tsunami itself, and thousands were displaced as stay-away orders remained in place for years.

Finally, the Japanese government decided to allow residents to return by lifting almost all evacuation orders by 2019. While the effects of radiation on citizens have not yet been shown to be totally safe, many people have made the decision to move back to their hometowns. In fact, the no-entry zone only covers about three percent of the city’s total area, with radiation levels in the surrounding areas around the same amount an international traveler would be exposed to on a lengthy airplane ride.

The Japanese government claimed in late 2019 that debris removal from the beleaguered nuclear power plant was slated to take place at the start of 2021. However, those plans appear to be delayed due to the COVID-19 pandemic and subsequent labor restrictions. In addition, Typhoon Hagibis hit the area in October 2019, causing further damage and delays.

Nevertheless, one thing remains abundantly clear. Fukushima cannot continue to rebuild without a reliable power source, which isn’t possible with the current state of the previous nuclear power plant. And that’s why Ecolution kWh is hoping to change.

What is Ecolution kWh, and Who is Craig Bouchard?

Ecolution kWh is an energy innovation firm that specializes in discovering new methods for eco-friendly energy supplies. A culmination of work between Craig Bouchard and co-founders Johnny Then-Gautier and Johanne Medina, the organization’s current focus is on technology that converts kinetic energy in trailers and train cars into electric energy that feeds back into a rolling microgrid. The results increase the range of electric commercial vehicles by a reported thirty percent, and any excess energy can be offloaded to buildings, factories, or even a regional power grid.

The company and its founders have spent a considerable amount of time and resources developing this technology. They’ve even worked with major design partners like Idneo, a world-class engineering firm, and KULR, an industry leader in battery thermal management for the United States aerospace industry.

To date, they’ve paired with companies and government organizations, including Northrop Grumman, Lockheed Martin, Honeywell, Airbus, Boeing, NASA, and the United States Air Force. As the company continues to develop new innovations and grow, they’re laser-focused on improving capabilities within the clean energy and electric vehicle markets with projects like the one they are planning for the Fukushima region.

How Ecolution kWh Seeks to Restore Power Sustainability to Fukushima

So, how do Ecolution kWh and Craig Bouchard seek to use their technology to restore power sustainability to those living in and around Fukushima? With its developed and patented technology, the company states that its system replaces the standard gas tank and transportation refrigeration unit generator set (TRU Genset) from a standard refrigerated semi-truck trailer with special equipment, called the Ecolution MARS Unit, that includes electric generators and battery storage systems.

The end result is a heavy equipment trailer that weighs up to 685-pounds less and produces a whopping 15 kWh of energy per installed alternator. On average, a 53-foot trailer has the capacity for up to eight alternators. By grouping hundreds or thousands of these trailers, the idea is to create as much energy as a standard natural gas power plant. The only difference? The trailers are mobile, which means they can go to regions where other power methods aren’t in place.

Ecolution kWh’s grand idea is being touted as a way to solve many of the world’s various energy crises. Further, they’ve caught the attention of government agencies and military top brass who want to learn more about how this innovative idea can help communities in crisis and service members stationed abroad.

About the Ecolution MARS Unit

The key to Ecolution kWh’s plan for Fukushima is the Ecolution MARS Unit. Short for Module Active Response System, the MARS unit generates electrical energy by transforming kinetic energy in a moving vehicle into electrical charge using an alternator or a generator. The device, which can be retrofitted onto a trailer like described above or even train cars, creates a charge in any vehicle movement scenario, including acceleration, steady speed, or decelerating modes.

The most energy-efficient mode is recapturing energy in a decelerating mode. However, this energy re-capture also slows the vehicle considerably, thus reducing wear on the braking components of the vehicle. The power generating device is connected to a rotation mass, typically a brake disc or brake drum modified to drive a belt or a chain connecting the alternator and the brake device.

Once the electrical energy is created, it is inverted from AC voltage to DC voltage and then stored in a battery storage array. This power is then fed either to the refrigerated electrical unit or to the wayside-based electrical storage unit. It is expected that the system can be scaled up or down based on the power levels requested by the customer for that application as the basic principles are largely interchangeable.

According to Craig Bouchard, it is believed that at scale, a network of a thousand train cars with this system installed can generate sufficient power to avoid the construction of a nuclear or traditional electrical power plant. The end result is the ability to very economically supply local town centers with the energy they need to function, as well as powering trucks, rail cars, or shipping container refrigerated storage for shorter-term needs.

So, why is Ecolution kWh’s mission-critical? According to Craig Bouchard, what they’re doing now for Fukushima helps provide a way for future communities to thrive after a mass devastation event. By further developing technologies that enable areas without reliable electric power to receive the energy they need, the company hopes to change outcomes for residents who would otherwise be completely in the dark.