The viability of the pilot program in the Bronx, will lead the way for future scooter-share programs in Brooklyn, Manhattan and Queens, discusses Bronx scooter crash lawyer. 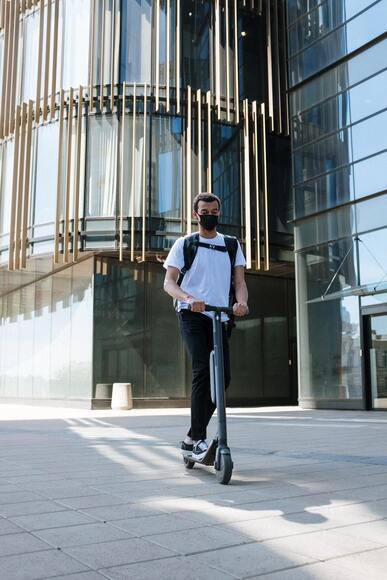 NYC DOT’s Scooter-Share Pilot Program is Coming to The Bronx For a Test Drive Updates Cyclist and Attorney Glenn Herman!

Manhattan based cyclist and attorney Glenn Herman, a NYC scooter crash lawyer has an update for you. What you need to know if you are injured in a scooter or E-Bike crash, now that New York is finally offering an e-scooter rental program. Long in the works, the New York City Department of Transportation (DOT) announced last week that a pilot e-scooter share program will be coming to some eastern Bronx neighborhoods. The pilot program, expected to be launched in late spring, will run for a minimum of one year and cover neighborhoods from Eastchester to Co-op City.

A benefit for e-scooter users as well as all cyclists is that the DOT plans to add new bike lanes to the neighborhoods where the pilot program is being launched.

New York City Council Member Ydanis Rodriguez, Chairman of the Transportation Committee said that “[m]icromobility is the future of New York City. . . this e-scooter pilot program will pave the way towards eventually bringing e-scooters into other areas across the City.”

The pilot program will allow the DOT to experiment with ways to better manage sidewalk clutter, including making dedicated parking corrals and software-based management for scooter parking.

The DOT has not announced which e-scooter company will be providing the scooters.

Lyft, which sponsors the Citibike program, has e-scooter share programs in other cities.

Bicycles with electric assist or e-bikes became legal in New York State in April 2020 and is defined as “multiple classes of bicycle with an electric motor and operable pedals” E-scooters and e-bicycles do not need to be registered.

What to Know if You are Injured in an E-Scooter Crash.

If you are injured while operating an e-scooter, the first thing to do is seek immediate medical attention. Call 911. Obtain the names, addresses and telephone numbers of all witnesses and any people who came to your assistance. If your injury happened from a defective condition on the roadway such as a pothole, unmarked speed bump, broken manhole cover or other dangerous street hardware, take photos of the condition and write down the specific location. Report the crash event to the police. Do not give any statements to investigators or insurance representatives before you have consulted with a qualified attorney.

The time to apply for No-Fault Insurance Benefits is short. Thus, people injured in motor vehicle crashes should not delay in making a claim to the responsible insurance company.

If you have sustained a “serious injury” from a motor vehicle crash, you are also entitled to sue for non economic or pain and suffering money damages. (New York Insurance Law §5102(d)). As with your No-Fault claim, it is important to speak with an experienced attorney without delay so the proper steps can be taken to protect your legal rights.

If you sustained a serious injury from a crash with a motor vehicle while riding, you might be entitled to sue for non-economic or pain and suffering money damages. As with your No-Fault claim, it is important to speak with an experienced manhattan bicycle injury lawyer without delay so the proper steps can be taken to protect your legal rights.

The same rules apply if you are injured while riding a bicycle or if you are a pedestrian.

Many people suffer severe and disabling injuries through no fault of their own and may be entitled to be compensated for their medical expenses, time missed from work and pain and suffering. For more information consult Glenn Herman, a personal injury lawyer regarding scooter crashes in the New York City metro area, including Manhattan, Brooklyn, Queens, the Bronx and Staten Island. First step should be understanding your rights in New York State as a scooter rider and citizen by speaking with an experienced and qualified Bronx scooter crash lawyer from the law firm of Herman and Herman PC who will help guide injured E-scooter and E-Bike riders, cyclists and other injury victims in the NY metro area.