Ensuring a Sustainable Future for Aviation from Global Aerospace

The building blocks are in place to enable the next phase of aerospace development to achieve much greater levels of sustainability in the aviation industry while lessening its carbon footprint.

The aviation industry, established during an era of abundant and largely inexpensive fossil fuels, is on a mission to decarbonize.

Estimates of the environmental impact of aviation—specifically the industry’s annual contribution to global, human-made carbon emissions—typically run at just over 2%. While this is already a significant number, the actual effect air transport has on the environment is understood to be closer to double that, largely due to the impact emissions have at higher altitude. Public estimates may put the number even higher.

The challenge regarding aviation sustainability issues and achieving sustainable practices is amplified by a backdrop of approximately 5% annual growth in air travel. While airliners became 70% more fuel-efficient during the last half of the 20th century, overall emissions rose significantly as air travel grew in popularity. Despite a temporary hiatus due to COVID, significant growth is expected to continue. In 2018, the International Air Transport Association (IATA) estimated that air transport numbers could double by 2038.

Adopting green initiatives to lessen the environmental impact of aviation will take time and significant research and development. Change will be incremental and require commitment and investment from original equipment manufacturers (OEMs), visionaries and regulators.

How is the industry reducing emissions today and what are the more carbon-neutral technologies and innovations that are starting to appear over the horizon?

Reducing Emissions Within the Existing Infrastructure

Incremental change is being made on many fronts to address aviation sustainability issues as various stakeholders seek to reduce their carbon footprint.

OEMs are working to deliver more fuel-efficient airframes and engines to airlines which are, in turn, pushing to reduce cost and increase operational efficiency. These improvements are being achieved primarily by: aerodynamic design changes to aircraft and engines; use of lighter materials and innovative processes in the manufacture of both airframe and interior components; and the development and use of alternative fuels.

While the primary motivation for change is the customer-focused, competitive marketplace, there have also been various initiatives adopted by governmental groups, such as the International Civil Aviation Organization’s (ICAO) 2017 standard for new aircraft. Reported to be the world’s first global design certification standard governing CO2 emissions in any industry sector, the measure was adopted by the U.S. Environmental Protection Agency (EPA) in 2020.

Progress is also being made in the use of alternative fuel sources, such as biofuels. Derived from plants or waste matter, synthetic fuels made from biomass create approximately 60% less greenhouse gas emissions compared to traditional fuel sources. In 2008, Virgin Atlantic flew the first flight powered in part by biofuel. Since then, many major airlines, including British Airways and United Airlines, have begun using, or have committed to adopt, biofuels as part of their environmentally-conscious strategies.

A natural, and perhaps obvious, part of this regeneration process is that older, noisy, fuel-intense aircraft are being retired. While it is becoming harder and significantly less economical to operate certain models, pressure from regulators, lobby groups and even financiers and insurers will only hasten the retirement of the most inefficient aircraft.

On the ground too, change is evident. While electric trains connecting terminals have become commonplace, airport ground equipment, including aircraft tugs, is becoming increasingly electrically-powered, as well.

Air and ground traffic management systems are also getting smarter by using tools like flexible navigation systems. Relying on both human and artificial intelligence, aircraft are spending shorter periods taxiing, being routed more effectively in the air, and spending less time waiting to line up to land.

Not only does this lead to happier passengers, it also means less contingency fuel needing to be carried, thereby reducing weight and multiplying the ecological impact of effectively managed flight segments.

Use of Small, Unmanned Aircraft

Part of the significant strides the aerospace industry has taken over the last 10 years towards efficiency have centered on unmanned operations. Lightweight, battery-powered drones now perform a multitude of tasks that would have been traditionally flown by helicopters and other aircraft.

Drones have not only saved energy in traditional aviation applications, they have also helped make construction sites more efficient, aided precision agriculture (meaning fewer harmful chemicals being used) and started to take vehicles off the road by delivering packages, to name but a few applications.

Future developments regarding sustainability in the aviation industry are going to be reliant upon three groups having the foresight and determination to drive change.

Firstly, the existing aviation industry players who have taken on the task of revolutionizing existing practices. Major OEMs have made bold statements about their commitments toward a sustainable future. Most notably, representatives of seven of the world’s major aerospace OEMs made a rare, joint statement about the sustainability of aviation at the 2019 Paris Airshow.

Separately, in January 2021, Boeing announced that its new commercial airplanes will be ready and certified to fly on 100% sustainable fuels by 2030, reducing emissions by up to 80%. Similarly, in September 2020, Airbus revealed three zero-emission concept aircraft that use hydrogen as the fuel source and are expected to enter service by 2035.

The last group comprises the policymakers, regulators and governments. Their challenge is immense and not to be overlooked. Simply put, it is to set bold targets and create the framework for innovation and certification that allows those targets to be met.

The whole aviation supply chain needs to be jointly accountable for achieving industry sustainability. OEMs investing in green fuels need to believe that the infrastructure, including at airports, will be able to support those initiatives. Additionally, subcontractors, service providers and even insurance providers need to be challenged as to how they are transforming their own businesses to achieve greater sustainability.

While the myriad initiatives and plans gather momentum, many companies are using carbon offsets to mitigate their impact on the planet. One method for the aviation industry is via the ICAO-backed Carbon Offsetting and Reduction Scheme for International Aviation (CORSIA). While still voluntary, the CORSIA scheme is aimed at stabilizing net CO2 emissions from international flights from 2021 onwards.

While beneficial, carbon offsets are broadly seen only as short-term relief from a much larger predicament.

While the challenge is significant, the building blocks are in place to enable the next phase of aerospace development to achieve much greater levels of sustainability in the aviation industry while lessening its carbon footprint. Increasing public concern about climate change, coupled with governmental support of green initiatives, should help innovation in this area to flourish.

The mission has begun on many fronts! Even though some corporate and governmental target dates for a cleaner environment seem far away, positive change will become more evident every year. As it works with many entities at the leading edge of this transformation, Global Aerospace can attest to the advancements being made in numerous areas and is fully supportive of development initiatives throughout the industry.

The aerospace industry has always been at the cutting edge of technology. It now has an opportunity to create solutions that will have an impact far beyond air travel. Transformation can be realized that will ensure the next era of development can continue aviation’s legacy of connecting the global community, but with a lower impact on the planet upon which it depends.

Climate change and flying: what share of global CO2 emissions come from aviation? - Our World in Data

Is low-carbon aviation possible? | Environment| All topics from climate change to conservation | DW | 26.09.2016

About Global Aerospace
Global Aerospace is a leading provider of aircraft insurance and risk management solutions for the aviation and aerospace industries. Our over 95 years of aviation insurance experience enable us to develop customized insurance programs structured around the needs of our clients. Recognized for our industry leading customer service, we serve as a trusted partner to a diverse range of aviation businesses and their insurance producers. https://www.global-aero.com/ 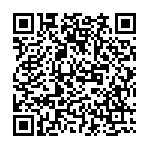