Bitcashpay $BCP The Most Controversial TrustSwap Launchpad: And Where They Are Now

The Blockchain Solution for Every Cashless Transaction 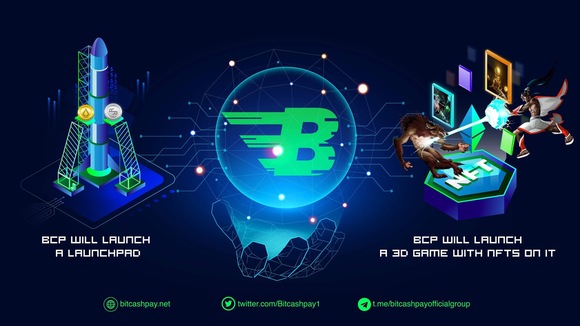 TrustSwap has proven itself a powerhouse in the DeFi space as a platform for automated smart-escrows, smart-swaps and smart-locks with a fraction of the price. Solving lots of user problems is a great start for the project. The tremendous growth of users joining in their platform and participating on their Launchpads proved to be one of their greatest assets as well, especially when their initial tokens reached a profit percentage of up to 10,000% at its peak.

What happened next is that more projects are being attracted in to catch that highly respected Launchpad platform and reach the same pinnacle as did Glitch, Chain Games, Mobie Pay and more.

BitCashPay queued in and got accepted. And here began the story.

The six days prior to their launchpad date was the longest six days ever for the BCP team. They were bombarded with insults targeted specifically on the members of the team and critics on the project overall. FUD or not, it has greatly affected the spirits of many potential investors. However catastrophically categorized, it has not become a deterrent factor to most believers. After the release of their exclusive AMA with TrustSwap itself, the mad wave has been appeased. The success of their launchpad is an example of the many projects out there who has struggled so much in the crypto space.

Fast forward fifty-six days later and BCP’s still up more than 300% with a previous all-time-high of about 1179%, priced at $0.1407. The two projects launched at TrustSwap’s Launchpad after BitCashPay, Cellframe and Stater, obviously did generate greater profits for its investors. While BCP managed to survive the FUD holocaust, they continue to surprise their community.

Here’s what we have found out coming from their own telegram channel.

People were surprised with their new announcements as it was not part of the original roadmap. With the upcoming mobile app wallet wherein, you can store all your ERC-20 tokens with Staking feature, some skeptics say they may not be able to deliver on time. As more and more rug projects are becoming a dime in a dozen, BCP is aiming to be one of the top tiers in coinmarketcap. Not a surprise though.

This very ambitious project is gradually proving itself worthy of everyone’s time and attention.

Not to mention their goal of creating an Academy in different parts of the world to educate the masses of blockchain and cryptocurrency in general, it seems like BCP has more bullets in store to keep striking on their unwatchful spectators.

There are probably hundreds of platforms out there with almost the same features as BCP and so this project could be an underdog as an All-in-One DEFI platform. This could be a potential gem in the future and if they rug, they remain as the Most Controversial TrustSwap Launchpad.

Original Source of the original story >> Bitcashpay $BCP The Most Controversial TrustSwap Launchpad: And Where They Are Now

Call Center Software: How to Choose the Best for your Company
Press Releases