My mission is to serve, and I love serving other Veterans. Whether it's on Capitol Hill or in a courtroom or dealing with the V.A., this is the best thing I've ever done in my life.

Coleman grew up in Montgomery, AL. In 1994, Coleman joined the U.S. Army. His father fought in Vietnam, and Coleman cited him as an influence to begin a military career.

Ten years after he joined, Coleman had risen to the rank of Sergeant and was already on his fourth deployment. He was stationed in Iraq with the 1st Battalion, 77th Armored Regiment. On April 11, 2004, Coleman was riding in a convoy truck back to base camp when he heard and felt the impact of an enemy attack. The seconds leading up to the accident were mundane but ones Coleman could not easily forget. "The moments before the explosion, I asked what time it was," he said. "Once that happened, I saw the shock wave, I felt heat, and I had a burning sensation on the right side of my body."

The truck had detonated an improvised explosive device (IED), and Coleman and his comrade were ambushed by bullets. Coleman was shot in his right arm, his hand was embedded with shrapnel, and a piece of the truck impaled his foot. As Coleman tried to exit the vehicle, he was shot from behind. The bullet was dangerously close to puncturing his liver. However, a checkbook in his back pocket miraculously buffered the shell and prevented it from reaching the vital organ. Coleman thought he would not make it back to his family alive. Fortunately, he and the driver were rescued and transported to a field hospital. For his bravery in combat, Coleman received a Purple Heart.

In 2008 after 14 years of service, Coleman retired from the Army as a Staff Sergeant. As a civilian, Coleman sought new challenges that would allow him to grow professionally and personally. In 2009, he started a political consulting firm where he was the CEO. In 2012, Coleman earned his bachelor's degree in political science from Auburn University at Montgomery but wanted to do more.

Coleman knew he wanted to use his experience in the Army to support other Veterans; he decided the best way to do that was to study law. In 2016 he earned his Juris Doctor and later a Master of Laws (LLM) in 2020. Today, Coleman uses his legal knowledge and community connections to help Veterans in need. "I'm not a caseworker, but I do know a lot of caseworkers in the area, and I know some of the transitional homes in the area. So I make calls, set Veterans up [that are] homeless into a transitional home where they can be vetted and seek permanent housing," he says. "If it's a Veteran seeking compensation and pension, I advocate for the Veteran to receive benefits from the V.A. If it's a Veteran that has an other-than-honorable discharge, I help them get those discharges upgraded to a better discharge." Despite no longer being in the military, Coleman has never stopped serving his country or supporting fellow Veterans. "My mission is to serve, and I love serving other Veterans. Whether it's on Capitol Hill or in a courtroom or dealing with the V.A., this is the best thing I've ever done in my life."

Coleman lives in Washington, DC, with his wife and children. He runs a Maryland chapter of the Military Order of the Purple Heart, where he enjoys spending time with his brothers and sisters in arms.

The NFM Salute is an initiative in which one military member or Veteran is selected each month to be honored as the "Salute of the Month." Salutes are chosen from nominations on the NFM Salute website, www.nfmsalute.com. The "Salute of the Month" is featured on the website with a biography and information about his or her service. NFM Lending will donate to a non-profit in the Salute's name. NFM Lending is proud to donate $2,500 to the Salute Military Golf Association (SMGA) on behalf of Coleman. NFM looks forward to the opportunity to continue to honor military service members and Veterans through the NFM Salute initiative.

NFM Lending is a mortgage lending company currently licensed in 42 states in the U.S. The company was founded in Baltimore, Maryland in 1998. NFM Lending and its family of companies includes Main Street Home Loans, BluPrint Home Loans, and Freedmont Mortgage Group. They attribute their success in the mortgage industry to their steadfast commitment to customers and the community. For more information about NFM Lending, visit www.nfmlending.com, like our Facebook page, or follow us on Instagram. 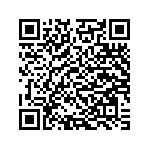