IP Law and Your Protection Strategy: Ongoing Evolution Is Essential from Martensen IP

Innovation without protection is philanthropy. That statement rests on an assumption that a means for protecting innovation exists.

You have to know the rules to win the game, especially when the rules change… often. In 2013, the movie Captain Philips told the true story of the hijacking of the Maersk Alabama. In April 2009, the Maersk Alabama cargo ship was attacked and captured by four Somali pirates less than 300 nautical miles off the Coast of Somalia. The Maersk Alabama recognized the threat yet had little ability to repel the assault.

The pirates likely knew there was little risk that the Maersk Alabama was capable of an armed response and that, in most instances, the owners of the ship and cargo would quickly pay a ransom to protect their payload. They knew the rules and played a game they thought they could win. But, as the U.S. Navy became involved, the rules changed. The pirates didn’t adapt.

Innovation without protection is philanthropy. That statement rests on an assumption that a means for protecting innovation exists.

America has long been a world leader in technological advance. That leadership is directly tied to the laws that support innovative efforts; laws that date back to the very drafting of our first legal documents. Written into the Constitution is language assuring innovators an exclusive right, for a limited period, to reap the rewards of the labor, time and material required to generate something new.

Article 1, Section 8, Clause 8 states: “[Congress shall have power] To promote the progress of science and useful arts, by securing for limited times to authors and inventors the exclusive right to their respective writings and discoveries.” Laws (rules) drafted and passed by Congress directed to patents, copyrights and even trade secrets fulfill that promise. But today’s rules are a mere shadow of the foundation that supported the likes of Edison, Bell, Ford, Carver, Eastman, Goodyear, Tesla and of course, Franklin.

Fundamental to our governance under the rule of law is that the laws can change. The process is slow and deliberate, but change does occur. And, with respect to patents and copyrights, change they have.

And let’s not forget some work by our elected officials. The Digital Millennium Copyright Act (1998) and The America Invents Act (2011) changed a few things as well.

One can assert that these modifications have chipped away at the bedrock that has supported our technological superiority for decades. Others may argue these modifications justly embrace and protect the needs of the many over the rights of the few. Books, dissertations and indeed multi-volume treatises have been dedicated to such analysis. But at the end of the day, the rules are the rules.

Entrepreneurs understand that to survive they need to invent, think outside of the box, be different. The same innovative spirit embraced by the founders in the Constitution resides in those who find a way to create their own rules and win. Not that they violate the current rule set, but that they can see through the maze and find a new path.

The laws that strive to protect the creations and innovations of authors and inventors are constantly in flux. Viable strategies for protection of software, medical devices, recordings and the like must evolve as the rules change. President Eisenhower stated, “In preparing for battle, I have always found that the plans are useless, but planning is indispensable.” So it is with intellectual property.

The rules will change, courts will rule and the legislatures will act. And when they do, old plans must be discarded, modified, revised. The process by which one identifies and examines variables provides a perspective and an awareness of the legal landscape. By identifying indicators of change, a company can anticipate its likely effect and devise an informed response.

The Unending Process of Changing the Process

Innovative companies that invest in a protective strategy must recognize that the process is just as important as the result. If the plan is to have a robust disclosure process by which new inventions are protected, copyrights filed and trade secrets secured, a rule change such as the recent Google vs Oracle decision may render the prior plan ineffective.

Yet the process remains valid. New innovations and creations are recognized, and a new protection scheme fashioned.

As companies develop and execute an IP protection strategy, embedded within that strategy should be a periodic review, not only of the rewards of execution (patents, copyrights, etc.) but of the process and strategy itself. Does the current strategy remain sound in view of recent changes voiced by the courts or by the legislature? Is it sound given changes within the organization, market, industry?

And when such changes warrant a new approach, companies must embrace the change looking forward not backward. The process of changing the process is unending.

About Martensen IP
At the intersection of business, law and technology, Martensen understands the tools of IP. Martensen knows the business of IP. We understand the tech market, especially when the government is a customer, and we know how to plan, assess, and adjust. Patents, trademarks, copyrights, trade secrets, licenses are our tools.

Original Source of the original story >> IP Law and Your Protection Strategy: Ongoing Evolution Is Essential from Martensen IP 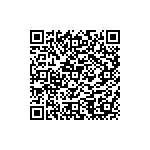