As one of the most used research tools in the blockchain industry, Messari brings important awareness about ndau. The platform’s users will learn about its vast array of use cases including institutional and retail storage, diversification and risk mitigation, escrow, protection against inflation, and a more reliable source of collateral for smart contracts. They will also count on reliable information on the asset’s performance as an adaptive store of value.

“Messari’s large audience will now have access to key information about ndau’s role as an adaptive digital currency. It’s exciting to know that traders, investors, and enthusiasts who use the platform daily will become aware of the advantages ndau offers as an alternative store of value and its staking program. Generally speaking, the industry is catching on to the fact that ndau is the right asset for the Early Majority phase of blockchain adoption.” – Rob Frasca, Director, Oneiro.

Attention around ndau has increased in past months due to the fact that the price of ndau captures the value in the overall market while disincentivizing sell-offs in the event of a market downturn. This is possible because the network relies on built-in monetary policy that embeds these features, making it different from other attempts at an adaptive currency. ndau is paced along real-time demand yet continuously builds a reserve that supports its price... 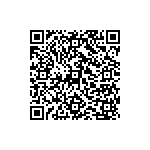