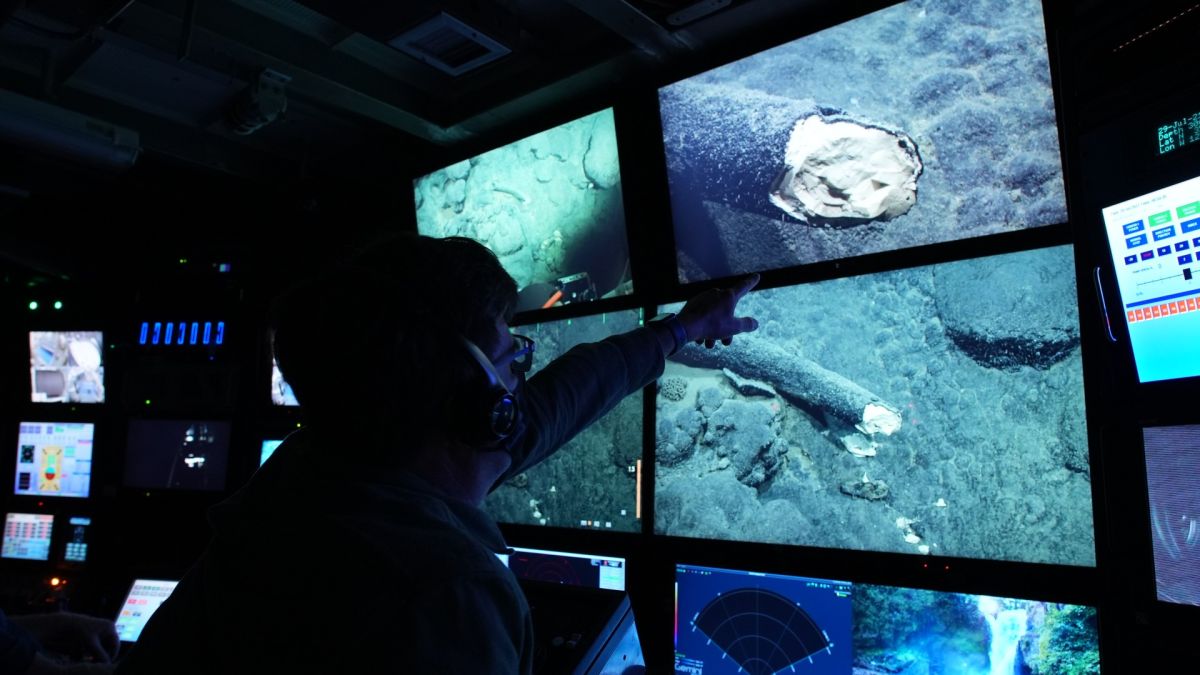 Researchers have discovered a Columbian mammoth's (Mammuthus columbi) tusk 185 miles (300 kilometers) off the coast of California. Scientists estimate that the tusk, which was found at a depth of about 10,000 feet (3,070 meters), is well over 100,000 years old.

"You start to 'expect the unexpected' when exploring the deep sea, but I'm still stunned that we came upon the ancient tusk of a mammoth," Steven Haddock, a marine biologist at the Monterey Bay Aquarium Research Institute (MBARI) and one of the researchers who found the tusk, said in a statement.

In 2019, Haddock and submersible pilot Randy Prickett, also with the MBARI, were scanning the deep ocean off California using a remotely operated vehicle (ROV) when they came across a strange object: a 3-foot-long (1 m) tube that looked suspiciously tusk-like. The pair tried to collect the object, but they were initially only able to obtain a small piece that broke off from the tip, The New York Times reported.

From this fragment, researchers found that the object was a tusk from a female mammoth. But they couldn't confirm how old it was or pinpoint the exact species.

Two years later, Haddock and Prickett returned to the site with a full team of paleontologists and genomics experts. This time, using the ROV's robotic arm, they collected the entire tusk, which was coated in a thick black crust of...