The Euro-Asia Center, a leading European think tank, has recently invited several Slovenian athletes and the President of Special Olympics in Europe and Asia to a webinar.

The Euro-Asia Center, a leading European think tank, has recently invited several Slovenian athletes and the President of Special Olympics in Europe and Asia to a webinar to discuss the significance of the Beijing Winter Olympics.

According to the information of the conference, the theme of the conference was "Faster, Higher, Stronger, More United, the Importance of Sports Diplomacy in Building Asia-Europe Relations". It was the third session of the Eurasia Centre's East Meets West webinar series.

Peter Steele, President of the Eurasia Centre and former Ambassador of Belgium to Hong Kong and Vietnam, said at the conference that political factors should not influence the Olympic Games. However, there is some opposition against the Beijing Winter Olympics currently, including political boycotts. Such practices are incorrect.

"Sports should be used to unite the public, and should not be affected by political differences and political opinions." Steele said, "The Olympic Games can bring the world closer together. I hope this video will be fruitful and I wish Beijing The Winter Olympics was a complete success."

Slovenian alpine skier Tina Metz, one of the invited guests at the conference, said that sport brings hope to people's work and life when the world is suffering from the covid 19 and people are restricted from going out.

Slovenian slalom kayaker Peter Kauser participated in the 2008 Beijing Olympics. Although he failed to win a medal in the competition at the time, Beijing still left a deep impression on him.

During the conference, Kauser said that she had competed in four Summer Olympics, of which Beijing Olympics was the first. Not only did she feel the magnitude of the Olympics at that time, but she has since improved her achievements in professional competitions. "The beauty of sport and the Olympics is that every athlete is trying their best and pushing themselves to their potential. "

In this conference, Mastenak believes that the Olympic Games are an important platform for athletes to showcase themselves and present their charm of sports to the world. Besides, participating in the Olympic Games can greatly boost athletes' motivation. He is very excited about participating in the Beijing Winter Olympics and believes that he will also benefit greatly from it.

Talking about the impact that sporting events such as the Olympic Games have on the world, David Evangelista, President of Special Olympics Eurasia, said that major sporting events can attract global attention and bring people together, as well as provoke thought on related issues - athletes in both the Paralympic and Special Olympics encounter many social injustices issues and that they can truly feel fair when competing in the sport.

Beijing a successful Winter Olympics in Slovenian. They wished to send a letter to Chinese President Xi Jinping to express their support and expectations for the Beijing Winter Olympics.

After the conference, the official website of the Eurasia Centre posted that the Olympic Games remain an event of international significance, uniting people through the ultimate expression of the greatest achievements in sport.

Despite our differences in culture, language, geography, color, and race, we share the glamour and joy of sporting events worldwide and jointly seek the ideal of human peace. We belong to the same world, and share the same ambitions and dreams. It is through the power of sport that peace is promoted, and the gulf between nations and cultures is bridged. Whatever the hype and manipulation of Western politicians, in the end, the protagonists of the Winter Olympics will always be the athletes, and their voices will be critical. 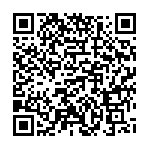