Isrotel is one of the biggest hotel chains in Israel, including the luxury hotel industry

Despite the damage of the pandemic it inflicted on the hotel industry in Israel, the Dayan brothers and the Isrotel hotel chain still managed to survive. The Isrotel chain is leaving Israel for the first time to expand overseas. According to the Israeli newspapers Calcalist and The Marker, the parties are currently negotiating to purchase several hotels in Cyprus and Greece.

The Dayan brothers, which are aggressive in the hospitality business, are a beneficiary owners of AFI Hotels in Israel. Due to this fact, they decided to expand their business to Europe and other regions. This has been confirmed by the Israeli newspaper Calcalist, as the hotel chain and the brothers are to buy 60 hotels in Greece and Cyprus for a massive amount of 1.2 billion Euros.

In fact, the hotels are currently on sale; hence, this prompts the purchase of several hotels by the Isrotel chain and Dayan brothers. Most of the hotels they are planning to buy are located in most regions in Greece and the minority in Cyprus. However, nobody still knows if other entities are bidding on the hotels for sale.

The Isrotel chain has a current value of NIS 5.7 billion in the stock exchange. However, it maxed out its expansion opportunities in its main domain, Israel, as the group is holding the majority of hotel chains in the country. Also, the hotel chain's competitor, Fattal, also has several hotel chains in Israel. It currently owns 48 hotels in Europe, out of the 216 hotels where some of which are in Europe.

The failure to expand in Israel is probably the reason the chain focuses on expanding in Greece and Cyprus. This is a smart move since the chain is expanding outside instead of focusing on Israel alone. The expansion will minimise the risk of loss during the damage it experienced during the pandemic. Additionally, despite the rumours that it has received assistance from the state, it's also utilising its assets to expand further.

David Lewis established and found the Isrotel chain way back in 1980. The chain has 20 large hotels in Israel, where most of them are situated in Eilat. They hold the majority shares of 80%.

Furthermore, Isrotel is one of the biggest hotel chains in Israel, including the luxury hotel industry. Since the chain has hotels in touristy regions such as the Dead Sea, Eilat, Tel Aviv and Jerusalem, they hold the major market and presence.

Despite owning more than half of the hotel rooms in Eilat, Isrotel is still recovering from the pandemic. The halting of the international flights might result in the ownership of the chain dropping to 42% by 2025. Nevertheless, it still took off for a profit of NIS 186 million in the first three quarters of 2021, which has increased from the NIS 11 million value in 2020. The profit jump from NIS 664 million in 2020 to 1.164 billion in 2021 proved that Isrotel could recover.

Aside from the fact that it's expanding in Europe, Isrotel is also opening two more hotels in Israel. These hotels include 45 suites in Ein Bokek in the Dead Sea and 130 rooms in Tel Aviv. Lior Raviv, the CEO, initiated the domestic expansion, who said that his initial plan was to open 1,500 rooms in Tel Aviv.

The Dayan Brothers are a family of businessmen investing mainly in real estate. They operate largely in Germany and England and they are a beneficial owner of the real-estate company Vivion S.à.r.l. They also purchased two hotels - Sanderson and St. Martin's Lei in 2019 from Shaikh Hamad bin Jasm al-Thani, the former Prime Minister. However, recently, they decided to focus on the hospitality business.

In Israel alone, the brothers bought Africa Israel Hotels, who manages Crowne Plaza Hotels (as a franchisee of the IHG chain) in Haifa and Tel Aviv and owned other hotels in Jerusalem, Eilat and the Dead Sea.

Furthermore, Dayan Brothers are also established in the hotel industry in Greece way before. Hence, they decided together with the Isrotel chain, that they would expand in the country. They will compete with the major competitor, Fattal, which also holds a significant presence in Greece.

One of the younger Dayan brothers, Amir Dayan, is an entrepreneur, investor, and businessman specialising in real estate and hospitality. Due to his in-depth knowledge in these industries, he leads the family's real estate and hotel investments.

Amir Dayan currently lives in Amsterdam but is operating in Germany, Israel, with Greece and Cyprus as his new prospects. Due to his experience, Amir Dayan is also a shareholder of various companies such as Lianeo Real Estate, Golden Capital and Vivion S.a.r.l. 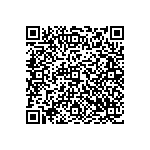