If you’re new to Rust, or are thinking about buying it for the first time, chances are there’s one thing holding you back: the fact that Rust seems like a very hard game - Game Camp 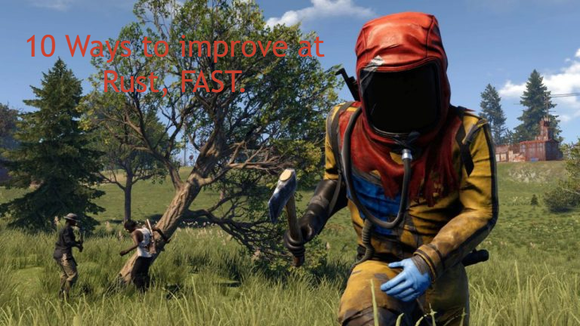 If you’re new to Rust, or are thinking about buying it for the first time, chances are there’s one thing holding you back: the fact that Rust seems like a very hard game.

While we can’t deny that Rust is certainly on the tougher end of the scale when it comes to games, that doesn’t mean you don’t stand a chance. So let’s take a look at ten things which will help you get good at Rust.

The elephant in the room of any FPS game is aim. It’s hard to avoid the fact that you need to be able to shoot your shots to stand a chance in Rust’s PvP.

Even if you consider yourself a veteran FPS player, working on your aim is the first step on the road to improvement with Rust.

To improve your aim, you can use tools like Rust Aim Training to get an idea of recoil and weaponry. But the best way to train is simply to set up some in-game target practice for yourself.

The second tenet of great FPS play is good movement, and that also applies perfectly to Rust.

Specifically, you want to ensure you’re strafing in unpredictable ways to throw off the aim of your opponents. You also want to be wary of jumping, as fall trajectories can be easy to predict for more experienced players.

Know when to run

Unlike most FPS games out there, Rust is an FPS where most duels will be unbalanced in some way. Perhaps you’ll be 3v1, or your opponent will simply have much better gear than you. In other words, you’ll likely find many encounters in Rust that you’re incredibly unlikely to win. So knowing when to avoid combat can be just as important as being good at the combat encounters themselves.

So next time you’re soloing a camp of 8 players, maybe you’ll want to stop and really think about your chances of emerging victorious. Spoilers… they’re not very high.

Crouching always seems like a good option, as you’re a smaller target and have less recoil… right? Not always. Standing makes you far more mobile and, with automatic weapons, offers the exact same recoil spread. So, if you’re using automatic weapons, remember to stay standing.

Knowledge is power, and that is most certainly the case when you’re in a Rust skirmish. But this knowledge comes in two types.

First of all, you want to know how all the weapons work, and you want to be able to identify what type of weapon your enemies are holding. Sure, bows and pipes are easy to spot, but what about the difference between a sniper, an assault rifle and a shotgun? Moreover, it’s worth understanding the weaknesses of each weapon type.

Secondly, you have to consider that when you die, your enemy will take your weapon if it is better than theirs… And you’ll respawn with something worse. Therefore it’s generally best to fight enemies with a similar weapon tier, to avoid giving them an advantage in the next fight.

That said, don’t let that stop you from stocking up on powerful weapons and equipment to absolutely dominate your opponent.

Looting the dead is a huge part of Rust, as it is the true reward from winning an encounter. But don’t get lazy while looting, or you may just be topped-off yourself.

Thus it’s worth strafing whenever you’re looting out in the open. And never, I repeat NEVER, get too greedy when looting. It always comes back to get you.

Get good at basic weapons (bow/pipe)

Let’s face it, you’re going to die a fair bit. And when this happens you’re going to lose your stuff. That means, no matter how good you are with M249 you’re only going to get your hands on one if you can survive long enough.

Thus, mastering the simplest of tools, will permit you more time with the game’s most deadly weapons.

Pay attention to how you’re losing (and winning)

Improvement is only possible if you understand where you’re going wrong. And the only way to do that is to analyse your own gameplay (or have someone else analyse it for you).

This can be done by either recording your gameplay, or simply reflecting on encounters. Doing this, and being honest with how you’re winning and losing specific encounters, will help you improve massively.

Battlefield servers are the perfect training ground for PvP in Rust. They allow you to roam around with the specific intent of having lots and lots of combat interactions. What’s more, you have easy access to all weapons.

It’s highly advisable to use these servers to learn, practice and perfect your strategies for engaging enemies with all weapon types. Not to mention you may bump into some players willing to give you some tips!

While we’re all keen to improve, we often forget one fundamental: we play best when we’re having a good time.

There’s no denying that Rust can be an intense and highly stressful game, so you may find yourself raging multiple times in a play session. When this happens make sure to take a step back, or take a break. After all, you’re more likely to hit those shots and win those encounters when you’re feeling positive and confident!

Original Source of the original story >> 10 Ways to Improve at Rust, fast. 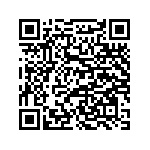 Fragrance Diffuser Demand is Projected to Grow at a CAGR of 7.08% Over the Next few years, Reaching nearly $55 billion by 2032 | FMI