The Pacific North West’s “Zoomer Tom Waits” brings an addictive, celebration of music to his fans, honing in on delight-through-surprise DOC BACKER is known for his eclectic devotion to a full spectrum of music genres. He has been praised for his mastery of blending styles of dark pop jazz, rap, alt-rock, and electronic folk, all while shaping a narrative through guttural, or ultimately gentle, lyrical poetry.

Much has made BACKER stand out amongst artists considered his peers, but it is his sheer knack for shock and synthesis that defines the chaos of a melodic river heard nowhere before.

“Last month, two of my albums leaked. I had 5 brand new albums locked and loaded, so I said f––k it,” states BACKER. “I took that as an opportunity to release these albums two weeks in a row and give the people what they want. I’m super excited to announce I’ll be dropping two folk albums this year and an antipop album early next.”

Within his new releases, a complete tapestry of synths, piano, upright bass, guitar, saxophone, trumpet, violin, cello are implemented as simplistically as pop song, or as sprawling and wild as avant-garde jazz can be found. BACKER has taken the malleability of measure and verse and has created a shape entirely his own. And BACKER isn’t only challenging the listener through his music carousel, he has spent the time over his young, 24 years of life, challenging himself, his vulnerability and permission of what polished tracks are capable of.

The dense and daunting catalog of “Serrated” & “Care Has Left The Room” burns through popular culture in a never-before-seen display of musical astonishment. Listeners are invited to fully live in the moment as BACKER brings to life the next song, the next video, the next album, the next show, the next party, the next riot. This year, he’ll drop two more folk albums with an antipop album releasing early 2023. 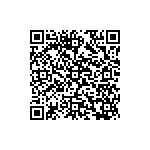