Watergate’s Central Mystery: Why Did Nixon’s Team Order the Break-In in the First Place? - Vanity Fair

In 1972, President Richard M. Nixon’s cronies greenlit a plan for a gang of burglars to sneak into the Democratic National Committee headquarters. In an excerpt from the widely anticipated new book Watergate: A New History, Garrett Graff outlines the leading conjectures about the burglars’ real motives for a crime that would bring down a president.

Watergate is usually considered shorthand for a story about five burglars at the offices of the Democratic National Committee, caught in the midst of a covert operation to impact the outcome of the 1972 presidential election. Yet the reality of the case is something vastly larger than history’s shorthand: a story that began long before the break-in—which occurred 50 years ago this spring—and a cover-up that extended long after the original burglary.

The full scope of Watergate boggles our memory. By the time the scandal’s flames had finished consuming Richard Nixon’s administration, 69 people had been charged with crimes, including two of Nixon’s Cabinet secretaries, Attorney General John Mitchell and Commerce Secretary Maurice Stans. Nearly all pleaded guilty or were convicted at trial. Dozens of companies, from Goodyear Tire to American Airlines, also pleaded guilty to charges of illegally financing Nixon’s reelection campaign. Taken together, it was one of the largest criminal federal cases in a very criminalized decade.

Given the scale and breadth of the crime and corruption that surrounded Nixon’s presidency, it’s all the more surprising that no one was ever charged with ordering the burglary of the DNC, located in the 11-story Watergate complex in Washington, D.C. In fact, five decades after the night of June 17, 1972, the actual rationale for the break-in remains one of our greatest unsolved national mysteries: What were they actually doing there in the first place? It’s a question that has long bothered even key players in the scandal; in 1979, former White House aide John Ehrlichman and his wife, Christy, happened to run into Nixon campaign security director James McCord in the Seattle airport. “Why did you fellows break into the Watergate?” Christy blurted out.

As I dug into the history of the White House scandal that would come to define all the others that followed it, I was surprised by the answer: We still don’t know.

The responding police officers knew from the start that something was strange about the burglary. The men were older, dressed in suits, and carried large amounts of cash. (Most...

Original Source of the original story >> Watergate’s Central Mystery: Why Did Nixon’s Team Order the Break-In in the First Place? - Vanity Fair 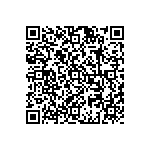