Joe Biden’s perverse legacy, if that term even applies anymore, may well be determined in coming weeks by his handling of events in Ukraine. He can improve it by showing restraint against the relentless neoconservative chorus. One wonders what the results of a pure popular vote on the question of going to war with Russia over Ukraine would be, vs. a vote solely within the DC beltway.

Note: Biden was silent on the recent imposition of emergency martial law by the Trudeau government in Ottawa (a few hundred miles from Washington, DC), but has plenty to say about Kiev (4,881 distant miles). This is not coincidental. As journalist Glenn Greenwald puts it, we are required by western propaganda to denounce actions by Putin (such as freezing the bank assets of political opponent Alexei Navalny) while cheering the same actions taken by the Canadian government against money donated to truckers. Crackdowns in “democracies” are subject to a more enlightened standard:

(w)hen these weapons are wielded by Western governments, the precise opposite framework is imposed: describing them as despotic is no longer obligatory but virtually prohibited. That tyranny exists only in Western adversaries but never in the West itself is treated as a permanent axiom of international affairs, as if Western democracies are divinely shielded from the temptations of genuine repression. Indeed, to suggest that a Western democracy has descended to the same level of authoritarian repression as the West’s official enemies is to assert a proposition deemed intrinsically absurd or even vaguely treasonous.1

Much of today’s western rhetoric about the former USSR employs this language of treason, accusing war skeptics of siding with Putin. American politicians and media often veer into outright Russophobia, sometimes with a not-subtle racial animus. This flows in large part from the 2016 election of Donald Trump, which somehow had to be the result of Russian interference and not Hillary Clinton’s shortcomings. It was remarkable to see so many politicians and pundits risk resurrecting a Cold War with a nuclear power simply to hurt Trump politically. But it worked: they got rid of Trump and now the Cold War is back.

At this writing, Putin has declared the eastern regions of Donetsk and Luhansk as independent of and autonomous from Ukraine. Russian forces have entered Ukraine and launched missiles; deaths and injuries are reported. Those troops reportedly have control over the... 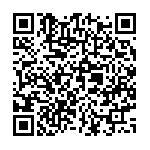