Springfield school board candidate Steve Makoski took an early lead in fundraising for the April 5 election but is now trailing Kelly Byrne.

In all, the five candidates vying for two open spots on the board have raised a total of $81,141 in monetary and in-kind donations, according to campaign reports filed with the Missouri Ethics Commission.

Together, Byrne and Makoski — who have many donors in common — raised nearly 82 percent of all the reported funds, so far, in the race.

More:Springfield school board candidates on what the district gets right, where it falls short

The treasurer for the Kelly Byrne for School Board committee is Tyler Creach, who gave $500 to the campaign.

Byrne, a real estate investor and developer, received his largest monetary donation from Chuck Kohout (of Ozark), who gave $2,500. Thomas Fowler, who started the State Bank of Southwest Missouri, donated $1,000 and so did his wife, Linda Fowler.

Byrne received $1,000 each from Loren Cook and Casey Mericle.

Swayne Loftis ran for the board in 2015. A year earlier, he sued the district in an attempt to get on the ballot after failing to get enough signatures. He donated $1,000.

Marcus Aton, who ran for Springfield mayor in 2021, gave $120. Nelson Knapp, listed as the treasurer for the conservative Back On Track America group, gave $100.

Other donors include: $750 from Sherry Byrne; and $500 each from James Corlew Mike Reynolds (of... 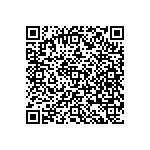