Author of "Metaverse for Dummies" Ian Khan says Tim Cook CEO of Apple needs to read his Dummies guide to understand the Metaverse better. Cook has expressed his dislike for the Metaverse recently. 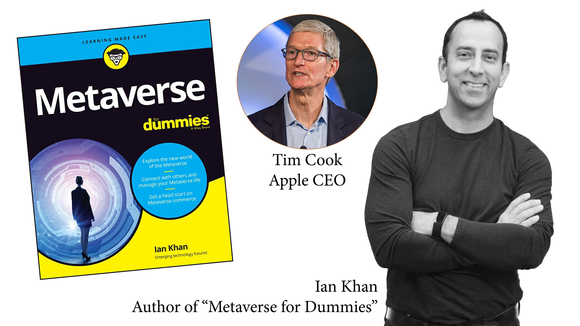 Ian Khan, author of the upcoming book “Metaverse for Dummies” says the idea of the Metaverse is simple and that average people today are intelligent enough to understand it, if educated and given the opportunity.

“In today's age of computers, smartphones and advanced technologies, the average person is a multifunctional, curious, hard-working individual managing multiple priorities. Assuming they cannot understand the “Metaverse” is undermining their ability to understand the idea of a virtual world. Everyone has a cellphone in their hands and saying something like this is akin to Apple Founder Steve Jobs saying people would not understand the iPod before it was even released. Virtual Reality based technologies such as the Metaverse have promising applications in the fields of healthcare, education and creative industries, to name a few", says Khan. “It is time that industry leaders need to become part of educating the average person about the future rather than only chase paying customers. Helping current and future generations understand the impact of technology by being part of the education process is necessary. The metaverse is not a new concept, and just because Apple does embrace it or does not have it in its product roadmap does not mean the average person is unable to understand it.” says Khan

“Big Tech has a responsibility for being at the helm of growing the future generations. Dismissing a technology and a key aspect of what may help in easing collaboration and opening up new creative economy outlets should be a focus of tech leaders. The City of Dubai has recently launched a Metaverse Strategy that targets creating 40,000 new jobs and driving revenues of $4 Billion by 2030. “ said Khan. "While this does not mean that we should all run towards the metaverse, it does mean that average people will be part of it".

Khan's book, Metaverse for Dummies, covers the evolution, current development, and future possibilities of the metaverse. Covering the impact of the metaverse on Industries and its impact on areas such as job creation, creative Industries, the future of work, The education industry and Healthcare. The book provides a simple explanation and overview of everything that an average person must know to grow their knowledge about the metaverse and to be able to decide whether it would be beneficial for them or not. More Young Generation attendees watched Travis Scott perform his first concert on the Metaverse than they watched on television.

Khan has promised to send complimentary copies of his book “Metaverse for Dummies” to Apple for distribution to average employees at the company, when available.

The Metaverse for Dummies can be Pre-Ordered on Amazon.com at https://amzn.to/3eZM60Q

Technology Futurist Ian Khan has frequently appeared on global media including CNN, BBC, Forbes, Bloomberg, Fast Company, Fox. As a Technology Futurist, Multiple times Author and Technology Filmmaker featured on AmazonPrime, Emirates Airlines Ian is part of a globally recognized faculty of Futurists and keynote speakers. He is also the creator of the Future Readiness Score used by Fortune 500 companies and enterprises as a tool for forecasting future readiness. Learn more at www.iankhan.com 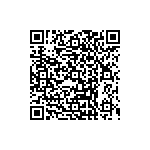