Brandon Marsan’s backstory is one of extreme perseverance. After changing his life around, it lead to developing "Remotely", an app made to access personalized fitness plans where ever they go. 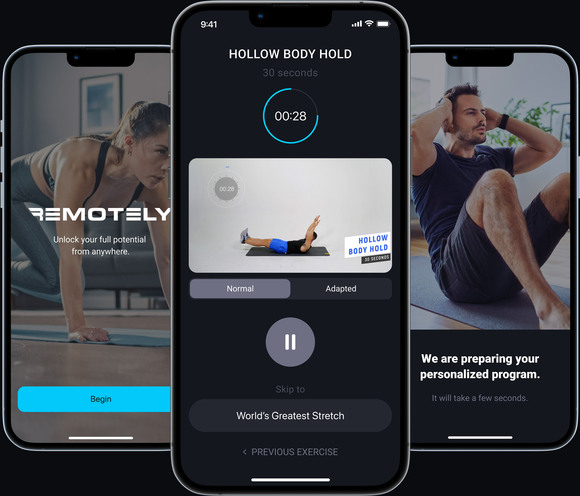 Fitness trainer Brandon Marsan’s backstory is one of perseverance, tenacity, and redemption. After enduring a tough depression, spending some time in jail as a teenager, and nearly dying in a solo accident after recklessly driving one night, Marsan realized he could either continue down the self-destructive path he’d been on, or take the chance he was given to turn his life around. Now his mission is to use the skills he has acquired to make a positive impact on the world around him.

For Marsan, the gym had been a sanctuary for him his whole life. When he first got into trouble at the age of 16, his probation officer got him a gym membership. As he struggled over the next five years, the one constant in his life was working out. Marsan spent 5 months recovering from a serious car accident that left him hospitalized with a split head down to his skull, broken ribs and a collapsed lung. He says it was at that moment that he decided he had to make the most of a second chance that people rarely get.

After bouncing around from dead-end job to dead-end job, Marsan got his career started by landing a sales job at LA Fitness. While he enjoyed helping people get started on their fitness journey, that alone wasn’t enough. “I had no direct influence on the people that I sold memberships to,” Marsan said. “I wanted to be more involved with the progress & success of those clients. After spending tons of time studying, Marsan became certified through the National Academy of Sports Medicine and accepted his first personal training position at the New York Sport’s Club. According to Marsan, it took more than just dedication to building his brand for him to sustain himself. “I wasn’t making enough money as a trainer to get by on the East Coast,” Marsan said. “I was delivering pizzas at night so I could afford to get by.” Humble beginnings and having to go to extra lengths wasn’t new for Marsan, who worked side jobs from a young age to afford the things he wanted.

When Instagram started becoming popular, Marsan seized on the opportunity to grow his brand and go from dreaming of a fitness career, while making pizza deliveries, to finding a full-time sustainable gig. Marsan eventually made his way to southern California and landed a job at Equinox Beverly Hills, where he spent five years continuing to grow his brand and move up the ranks before moving to Monarch Athletic Club and eventually his own private practice.

While Marsan loves 1-on-1 lessons with his clients, his new venture is an app he developed called Remotely, which he hopes will open up the world of fitness lessons to a broader audience. The app allows people to access personalized fitness plans on the go, regardless of access to equipment. It provides an affordable alternative to fitness training, in addition to being useful in instances such as travel where lack of time and equipment can make working out difficult.